AZNHEX is a novel 3D neutron diffusion code for nuclear core analysis with hexagonal-z geometry, and it is part of the Mexican project on the development of domestic nuclear analysis software ‘‘AZTLAN Platform”. Currently, the code is under development but some important steps have been made in the verification procedure of the code. A composite nodal method for prismatic hexagons has been developed and applied to solve the neutron diffusion equations for cores built by the union, side by side, of hexagonal prisms. A standard finite element method is used starting by the strong form to get the corresponding weak form. The verification and validation process of the AZNHEX code started with some academic exercises. In the case of this paper, in order to move to much more realistic scenarios, the OECD/NEA UAM Sodium Fast Reactor Benchmark has been used together with the SERPENT code for further verification. One of the exercises of the OECD/NEA Sodium Fast Reactor Benchmark is focused on the neutronic characterization of global parameters (keff , sodium void worth, Doppler, etc.) and feedback coefficient evaluation. This Benchmark is intended to confirm the ability of participants and their neutronic codes to provide generally consistent results when analyzing SFR core characteristics and thus, it represents a very good exercise for the AZNHEX development team. The differences in keff of AZNHEX versus the well validated deterministic codes DYN3D and PARCS are 70 pcm and 113 pcm respectively when using the same set of XS previously generated with the stochastic code SERPENT. Also, the radial power distribution compared between the deterministic codes over the main diagonal of the core presented very good agreement among them. In other exercises, differences in the order of 200 pcm, in the worst cases, were found when comparing integral parameters with SERPENT. The AZNHEX results give the confidence to keep developing the code in order to convert it into the standard domestic tool for hexagonal-z geometry core analysis. Future developments on the code will be focused on the implementation of discontinuity factors and the thermal expansion effects in an operating core as well as the time dependent implementation. 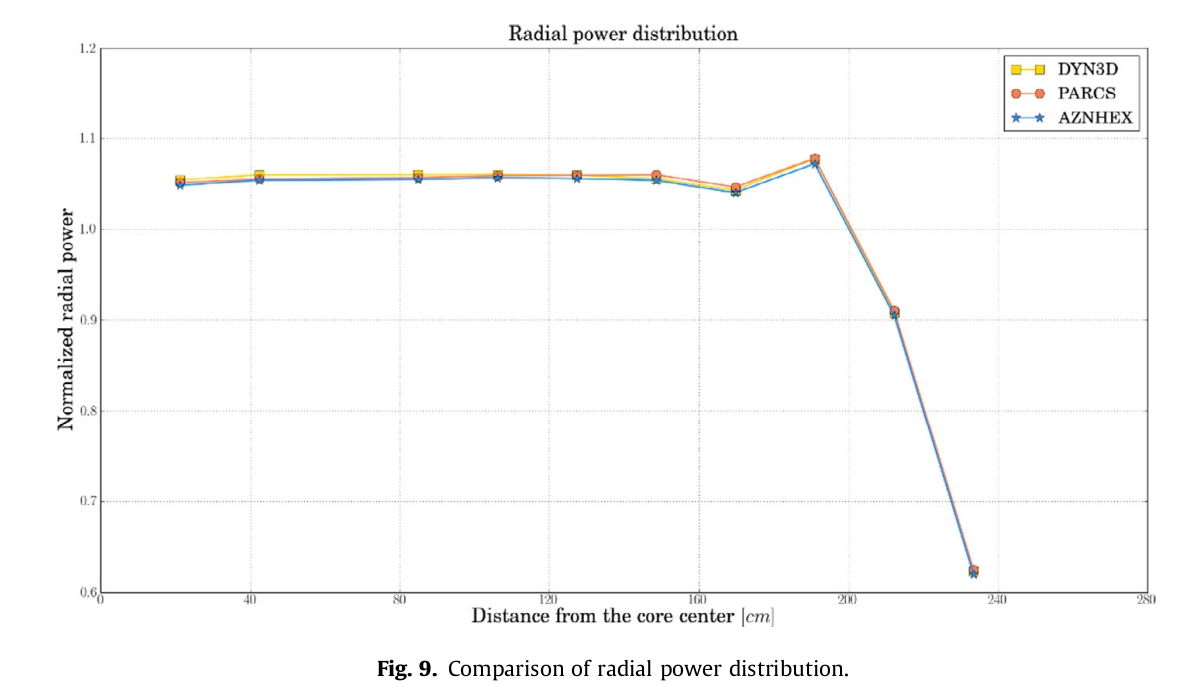