The core of the AZTLAN Mexican reactor analysis platform consists of a thermo-hydraulic code (AZTHECA), a neutron transport code (AZTRAN) and two neutron diffusion codes, namely AZKIND and AZNHEX. These codes are currently in the testing phase by simulating a variety of fuel assemblies and nuclear reactor cores to compare and verify their results with those obtained by codes globally used in the nuclear community such as SERPENT, CASMO/SIMULATE, MCNP and others. The main objective of this task is to improve future versions of the AZTLAN platform codes to obtain reliable results for the user. To verify the current version of AZNHEX neutron diffusion code, two cases were considered. The simulation of a WWER-440 fuel assembly was the first case
analyzed, and the second case was the core of a sodium-cooled fast reactor in steady state, with control rods fully withdrawn. The comparison and verification of the results (neutron multiplication factor, axial and radial power distributions and radial neutron flux distribution) for both cases were done employing MCNP6 Monte Carlo code. Certain deviations were found between AZNHEX and MCNP6, since AZNHEX is a diffusion code and it is being compared against a Monte Carlo code. However, it is shown that the results provided to the user are reliable since they exhibit a good degree of fidelity. 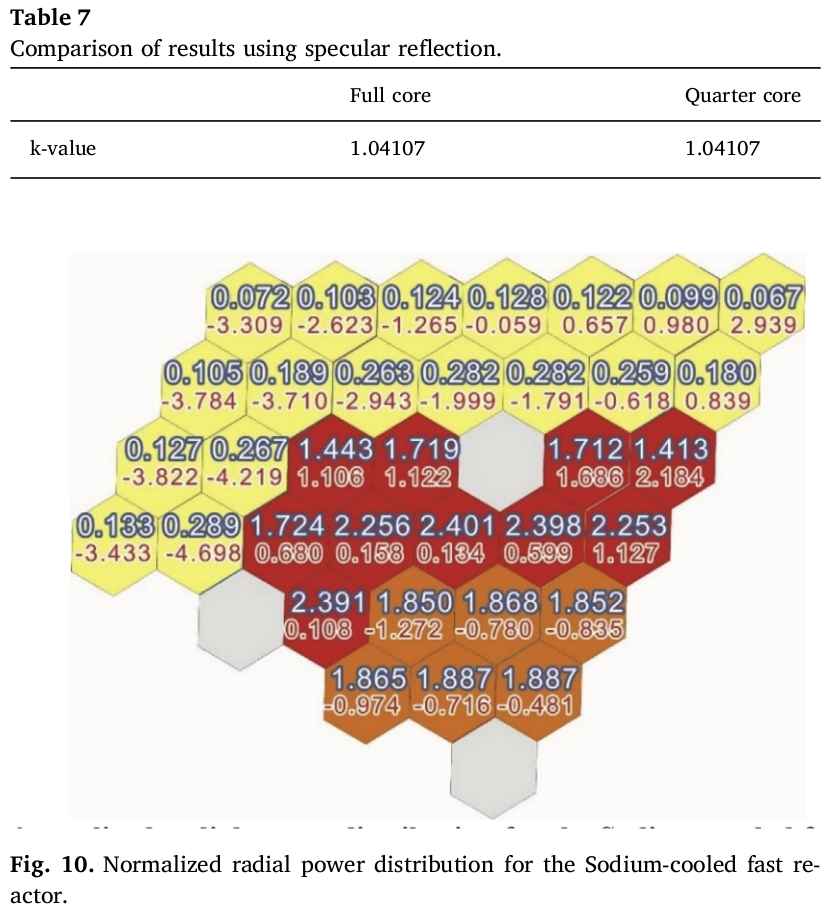